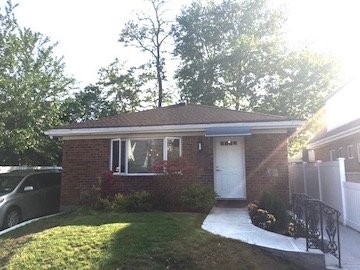 “Six of the ten Individuals had been living at West 48th Street since the Manhattan residence opened in 1993, making the move particularly significant,” says ILA Area Coordinator Jonelle Best. “Thanks to our incredible staff and a few sleepless nights, we all worked together to make the moves as seamless as possible.”

Individuals’ families were part of the move every step of the way, and also played a role in the selection of the new houses. “Families were given a tour of each of the homes and they loved what they saw,” Jonelle explains.

Two of the homes are ranch-style and contain state-of-the art kitchens, large living and dining areas and beautiful backyards. 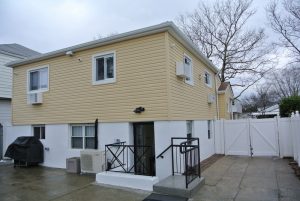 The East 91st Street residence has a large basement with a rec room for the house’s four Individuals to enjoy. Tilden Avenue is a duplex apartment in which two Individuals reside. Four people each call East 102nd and East 91st Streets home – a great accomplishment, particularly for the Individuals who have attained their goal of having their own bedroom.

So how has the transition been for the ten Individuals? “So far so good,” Jonelle says. “Incidents of challenging behaviors have been infrequent.” 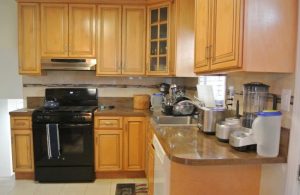 To ease the acclimation process and the adjustment of Individuals living apart from their former West 48th Street housemates, ILA staff regularly organize common dinners and social outings so the new houses can integrate. “The deep family connection is still there,” Jonelle points out.

To familiarize Individuals with their new communities, ILA staff accompany them on recreational outings. “From local stores to parks and museums, the Individuals are getting to know Brooklyn well; some also attend day programs in Brooklyn,” Jonelle says. Jonathan, an Individual from Tilden Avenue, particularly enjoys riding the subway. “He takes beautiful pictures of train signs that he posts on Facebook,” Jonelle explains.

Jonathan’s housemate, Alanton, enjoys having his own room with a walk-in closet, riding his bike in the neighborhood, and the independent living he has been able to achieve at ILA. He’s currently working two jobs to provide for his two-year-old daughter. Alanton recently won visitation rights, enabling his daughter to visit him every other weekend. ILA has also linked Alanton to parenting classes, first aid workshops and other courses so he can receive the continued support he needs to be a successful parent.

Watching Alanton and other Individuals thrive in their new homes puts a smile on staff’s faces. “Our goal is to provide top-notch care for our guys. They are the reason why we are here,” Jonelle says. “We’re thrilled to see them happy in their surroundings.”